by FBP International / Monday, 18 May 2020 / Published in Australia, General 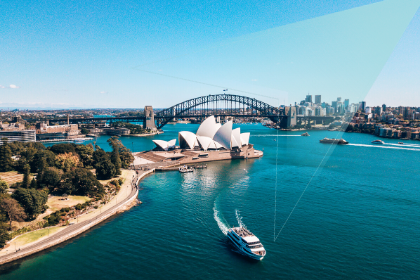 Australia is called the land of plentiful! This is not just a title. Australia is a world of its own with virtually every geographical phenomenon known to mankind within the country’s border. Australia has deserts, thick forests, a virtually endless shoreline, the largest reef and mountains that receive more snow fall than the swiss alps in a year. The landscape and the geographical location of Australia makes it unique and worth-visiting.

Here are 10 Interesting Facts About Australia

1) One of the Biggest Countries of the World

Australia is the 6th Largest country of the world that makes it the smallest continent. The whole country occupies a land area of about 7.6 million kilometres and is also sometimes referred to as the largest Island of the world. Australia also has a unique geography that comprises of arid lands, thick forests, deserts, shorelines and mountains.

Australia is an island that borders three of the world’s oceans: the Indian Ocean, the Pacific Ocean, and the Southern Ocean. This is a unique phenomenon as well since no other continent in the world is bordered by 3 different oceans. Australia also has the largest and longest oceanic territorial reign that extends of 12 million square kilometres.

It is an interesting fact that the largest Greek population, after Athens, is found in Melbourne Australia. This also stands true for other nationalities as well since Australia has witnessed a major population growth due to migration influx in the country. You will find pockets of Arab nationals and Oriental Asians that occupy large area in big and small cities of Australia.

One of the unique aspects of Australia is its wildlife. There are animals that are unique to Australia and you won’t be able to find them in any other country of the world. Among Australia’s best known wild animals are the kangaroo, koala, echidna, dingo, platypus, cone snail, sea snake, blue-ringed octopus, Gang-gang cockatoo, Emu, Tasmanian devil, Tasmanian tiger (claimed to be extinct now) eastern brown snake, tiger snake, wolf spider, wedge-tailed eagle, banjo frog, Blue-tongued skink and wallaby.

Australia is governed by the system of parliamentary democracy with general elections held at regular intervals. The elections are governed by the election commission of the respective state. The democratic norms in Australia are the foundation of its politically active and harmonized society. Even the Australian citizenship conferral ceremony takes the oath of upkeeping the democratic values and the right to free speech. In fact, Australia takes pride in being the second nation of the world to give the right of voting to women in 1902. This, in those times, was considered a huge leap towards gender equality. Until now, Australia offers equal representation to women in all fields of life.

Kangaroo meat can be purchased from the supermarket, butcher and available on restaurant menus as a leaner and healthier alternative to beef or lamb with a 1-2 percent fat content. Kangaroo meat is widely consumed in Australia and is considered a necessity for any out-back barbeque parties planned. According to several researches, kangaroo meat offers better and healthier nutrition when compared to other red meats. Apart from Australia, Kangaroo meat is not easily available, and it is considered to be an exotic food in rest of the world due to its low availability.

Australia is one nation where you will find more sports fans than any other country of the world. The Australian Football League and other such events are followed religiously by the Australians. However, Australia also has one of the highest obesity rates among the developed countries. As per the current situation, 29% of the Australian population is obese.

The Great Barrier Reef located in Queensland is the world’s largest coral reef. The reef is massive in size and has a stretch of nearly 2400 KM along the coastline of Queensland. The reef debuts at the peninsula of Cape York and works its way down to Bundaberg in the south. The reef has been declared as a global heritage area and the total span of the reef in the ocean is up to 348,000 KM2.

The Great Ocean Road is believed to be the world’s largest and longest war memorial. The road is a 243 KM stretch that slithers along the West Coast of Victoria between the towns of Torquay and Allansford, Australia. In the world war history and Australian heritage, the Great Ocean Road occupies significant importance. The road was constructed by the returning Australian soldiers of World War I (WWI) and the work officially started in mid-late September 1919, ending in 1932.

10. One of the World’s Largest Botanical Garden

The Adelaide Botanical garden is huge and offers the eight vast gardens, a full-fledge wet-land and an in-house forest. All this is spread over massive 124 acres of land. The Adelaide Botanical Gardens also hosts a bicentennial conservatory and a dedicated museum showcasing the concept of economic Botany.

These are some of the interesting facts about Australia. If you are interested in moving to Australia and want to experience a life amongst these facts first hand, then call +971507513997 / +971 56 480 3568 to book your appointment with FBP International Dubai’s Australian Migration Consultant or schedule your appointment by Clicking Here

FBP International takes pride in being the only Australian immigration agent that delivers turnkey immigration services to Australia from Dubai. Our comprehensive and transparent process starts from a FREE pre assessment migration consultation and takes your case step-by-step until your visa is granted. We also offer post-visa settlement services and will be able to abet you in finding accommodation and jobs. We make your migration to Australia from UAE completely hassle-free! Call us today to book a 100% FREE first consultation and get ready to jump-start your life of security and modernity. We offer the following managed and turnkey immigration services to our clients: Canada and Australia Skilled Migration, Australia Business / Investor Settlement, Australian Partner / Parent Visa / Child Visa, Complete Documentation Services, Pre-Departure and Post Landing service management, Australian PR Card Services, Visa Refusal Appeal Cases.

What you can read next 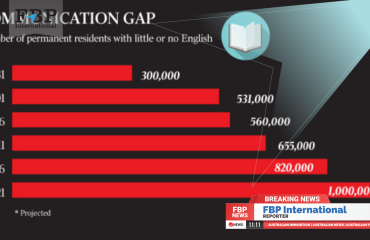 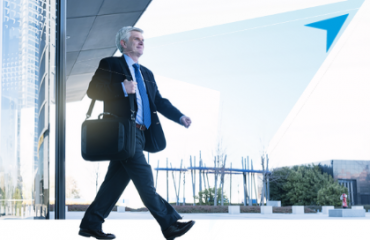 How FBP Can Help You with Resident Return Visa